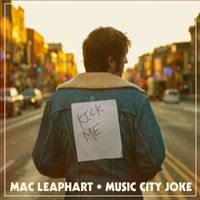 From the recording Music City Joke

I’m not sleeping behind this thin curtain
Drunk voices, shuffling feet
The heat’s running, but it’s not really working
Down on Division Street

It’s a tip of the hat to that good kind of wrong
Turnin’ your back on your mama’s do right
It’s fun while it lasts, it just lasts way too long
Nobody wants to turn out the lights
Sticks out on Nashville’s thumb like a blister
It’s where the bros, bums, & losers all meet
Makes me glad that I don’t have a sister
Down on Division Street

Dead grass & broken glass, nobody’s checking on a checkered past
You’ll fit in fine just show your ID at the door
If you’ve got a nose for trouble you can find it fast
You’ll find each night feels like the last
You’ll find this & that, but you won’t find much more
It’s every man for himself & almost anything goes
It’s where the bros, bums, & losers all meet
The road to rock bottom is paved by new lows
Down on Division Street