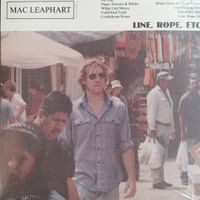 From the recording Line, Rope, Etc.

Don’t want to have to think about that”

It was much too late

She was walking away

Stepped out on that sidewalk crack

He’s a grown man, he ought to know better

Lord, you barely know her at all

He wants his name said again and again

He wants her and he needs her that’s all

The sun never runs out of shine

The winds when they blow, never know where to go

Nothing gets her out of his mind

She said, “I don’t do well with confusion

I had everything under control

Last thing I need is a man and a dream

Singing so close to my soul”

And he’s crazy but he’s just gotta see it

The best that he can

For a bed and to burn down the night

There’s no way to hold back the time